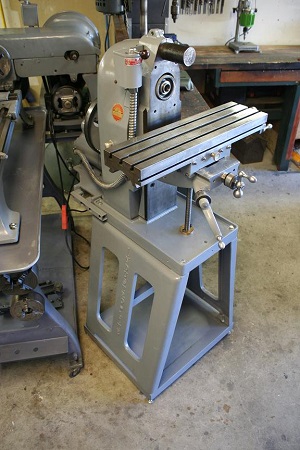 This is a great machine tool for its size and a horizontal mill is extremely useful to have sometimes. It is a shame that only a few hundred were ever made, it is nicer than many other machines like it with more expensive names. 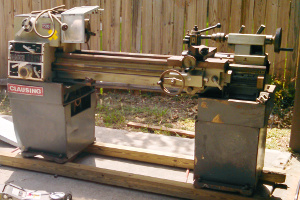 I finally stepped up to a gear head lathe with some real power. 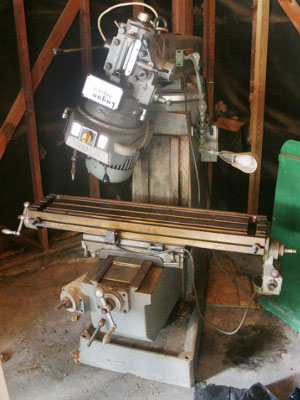 Knee mills are all kinds of floppy in comparison to more dedicated machines but there is no denying the versatility. The Bridgeport name is to expensive for no reason though. If I was picking my preferred knee mill out of a line up it would probably be a Wells-Index 847 but this machine was part of a deal with a large group of other machines so that is what I have. 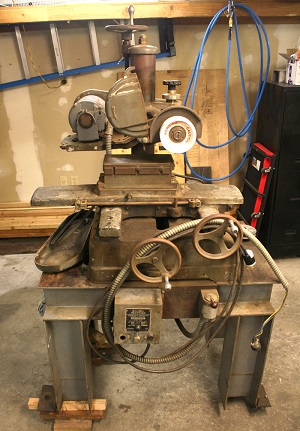 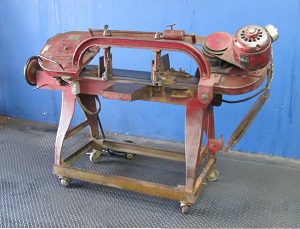 I'm not bad with a hacksaw but lets be honest, no-one wants to spend a bunch of time cutting up stock by hand. So a good horizontal bandsaw is almost a necessity for a shop.

If your need contours cut out of sheet there really isn't a replacement for a vertical bandsaw. I got this machine as part of a deal with the Lagun mill, Clausing lathe etc... 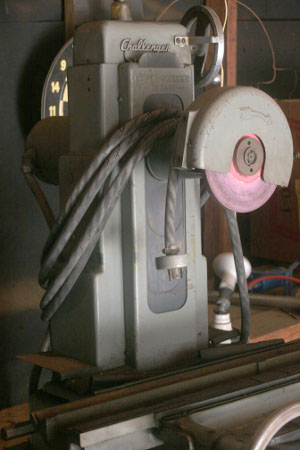 This is the second surface grinder for me. I don't need both the Rockwell and this machine but I haven't had a chance to get this one up and running so I'm not sure how good of shape it is in. Just based on how common the arbors are for the Rockwell vs this machine I will probably keep this one and offload the Rockwell. 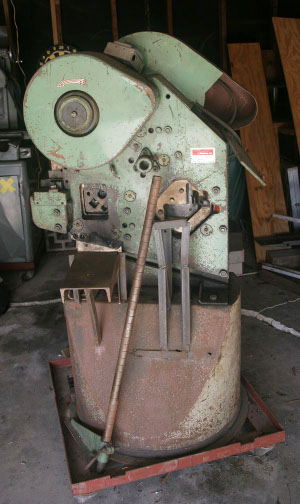 When accuracy requirements are loose you can't beat the speed of punching or shearing metal. This is a simple mechanical ironworker which stores energy in the rotating flywheel then transfers it to the punch or shear to quickly perform the operation. I still haven't gotten it up and running or tooled up so I'm not sure I will use it enough to keep it on hand. While faster than drilling or cutting stock with a saw I do have those capabilities in other machines and might not find the space for this machine worth it. 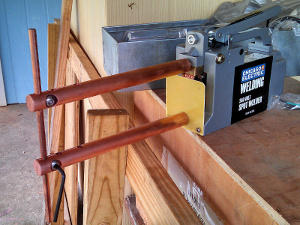 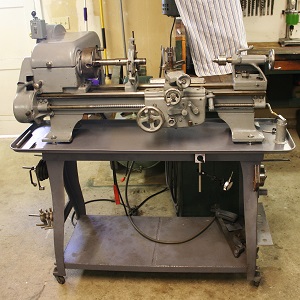 My first machine tool. I knew I wanted to procure metal working machines and that a lathe was the most important so I bought this one almost immediately after moving to California. After that it was on! I have since sold it but that machine ruined me, I can't live without a lathe anymore.

I had a better lathe (the logan) and I knew it wouldn't be that good but this little enco popped up for sale at such a good price that I just couldn't leave it alone. Some good cleaning and a little fixing had her up in running form but it was just too bad of a machine to keep even as a second op lathe so I sold it. 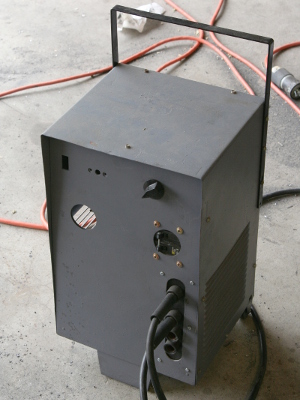 While I was still in college I had no cash but wanted to start getting into more metalworking kind of stuff. So I made my first stick welder by rewinding two microwave oven transformers and stuffing them into a box I had. It actually worked and I did a few small projects with it but when I moved to California I wanted more power so I made this one. Again, microwave oven transformers rewound for low voltage/high amperage. This one used four transformers, had an overheating protection circuit breaker, a built in fan and multiple taps so I could adjust amperage. It worked much better than the first but I have since moved up to a small flux core/mig machine and a real stick box. 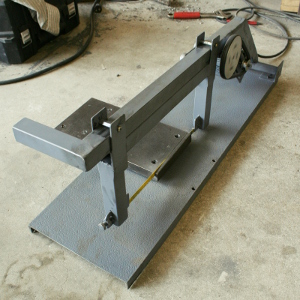 When I first started accumulating machines I really wanted a saw to cut up raw stock. I wasn't finding anything available at a price I could afford so I made a little power hacksaw out of stuff I had lying around. It did work but was really slow, loud, and ate blades quickly. Let me tell you it was better than cutting everything by hand during that period though. In particular it made my life much easier when I had cut off 24pcs of some 2"OD x 3/4" wall AISI 1020 DOM steel tubing for the trailer upgrade.